“Lady Liz” previously (The Steeler) driven by Jason Haggerty from Cromwell stepped up from Grand National to the GP class with 2019 being his rookie season. Jason proved he can foot it with the more experienced drivers as he was very competitive in taking away the AE Baker Australasian Hydroplane Championship at Lake Karapiro. ‘Miss Marsden Cove’ previously (Annihilator 2 – GP008 ) driven by Steve Preece comes into the class as a new GP driver Steve previously drove a Formula One Tunnel and purchased the boat from David Alexander last season but missed the 2018-19 racing season as he was waiting for his new engine to arrive from America. Preece will test his boat next weekend at Lake Maraetai, Mangakino were there will be a test and tune weekend for all classes. “Gulf Oil Tiger” previously (Annihilator GP007 & Tiger GP24) will be driven by Peter Dudson from Hamilton. Pete is not new to the sport but it has been a few years since he has driven Modified Hydroplanes a couple of classes below. Pete will team up with ‘Gulf Oils Gambler” previously (Annihilator 3 GP009) driven by Kevin Ireland also from the Modified Hydroplane class Kevin had his first season in the GP class in the 2018 season and had a few teething issues but will certainly be a strong competitor.

The crowd favourite from Otorohanga “Fair Warning“ Scott Coker has had to spend the winter repairing his boat after damaging it at Lake Karapiro when losing a propeller, Coker who is well known in the sport following in his father ‘Selwyn’ footsteps has a smaller boat but is by no means compromised he has proven more than once he can still win. 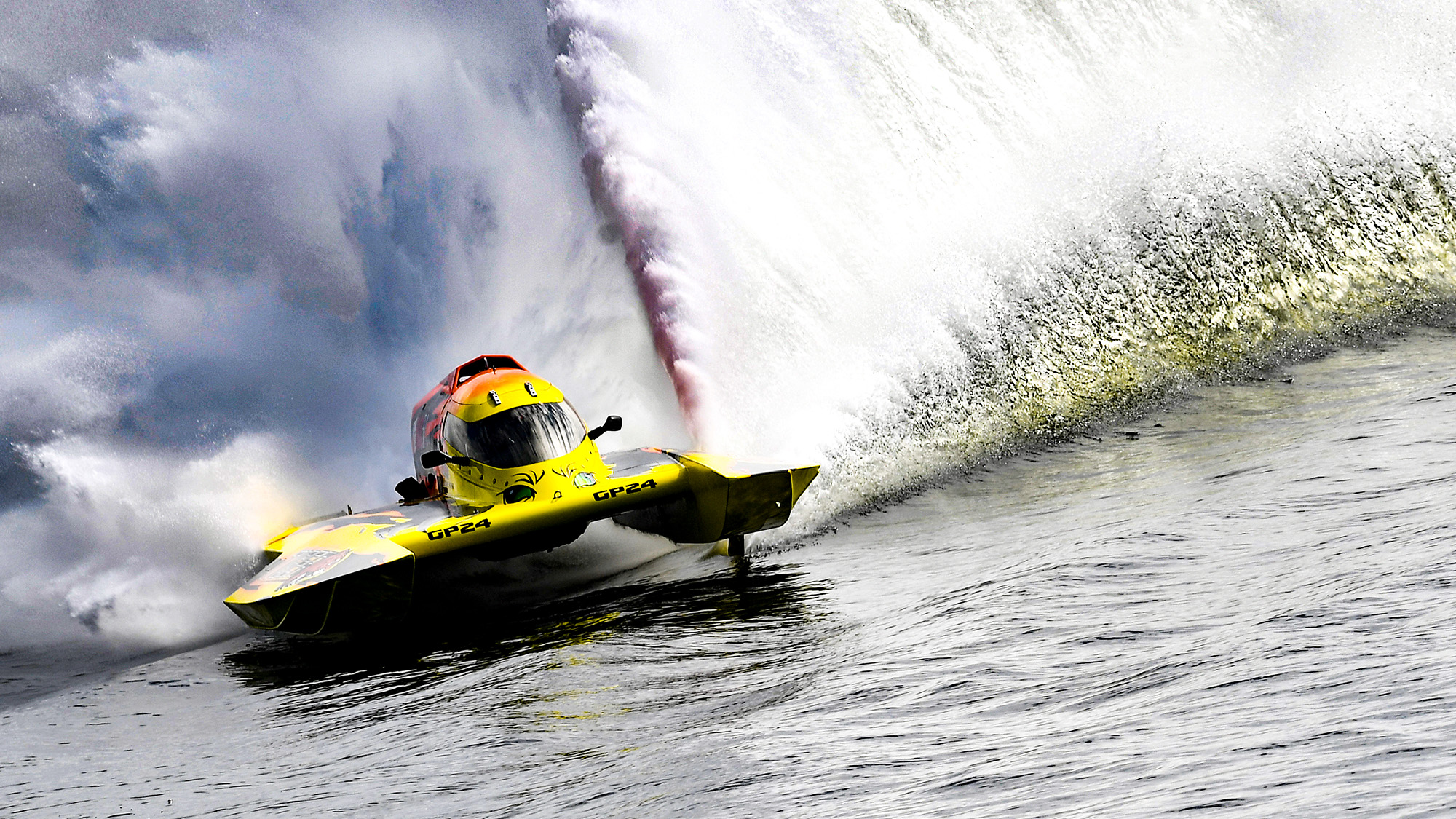 Warwick Lupton the leader and our mentor for Grand Prix Hydroplane racing in New Zealand will drive his New Zealand design famously known as the lobster boat “Annihilator”GP.007, Warwick led the Kiwi team of his two sons Ken & Jack to compete in the HRL Series during our off season in Canada. A mixed and very emotional campaign, with Jack having two horrific crashes and Ken a few minor engine issues in his first few race meetings . Both brothers proved they are equally as good as the other Canadian and American drivers. Youngest son Jack Lupton driver of “Penrite Repco Racing” GP57 here in NZ is a little hesitant but none the less still keen to get back in his own boat next weekend for testing at Mangakino.

Ken Lupton is currently working around the clock to get his brand new Bert Henderson Grand Prix Hydroplane finished in time for launching at next weekend’s testing. The boat has been bought into New Zealand from Canada in a kit set and put together here. Canadian Jamie Auld spent a few weeks during the winter working on the boat for Ken. “Lucas Oils” the boat that Ken successfully campaign in the 2019 NZ season winning the Hydro Thunder GP Series, National GP title, Masport Cup and the NZ Driver of the Year had an unbeatable season. ‘Lucas Oils” is currently for sale along with the Grand Prix Boat “Miss New Zealand GP577” that Ken drove in the Canadian HRL series. This boat along with another brand new Henderson design Hydroplane are currently on a ship from Baltimore to NZ due to arrive later this month. David Alexander who previously owned “The Steeler 777 NZ” is the owner of the new boat which he has named “Miss Waverley“ a name that his grandfather used to race under many years ago. Alexander launched his boat in Valleyfield, Canada in July and raced his first ever race at Valleyfield a place that every boat driver dreams of driving at. Valleyfield has been going for 81 years and is the home of Grand Prix Hydroplane racing .

An invitation has been sent out to Australian Driver Grant Harrison “GP1” to compete in the NZ series but he is a yet to confirm his entry.

The 2020 Hydro Thunder series will be over four rounds with the first on Lake Taupo January 24-25-26th, Lake Karapiro ‘Masport Cup” February 7-8-9th, Lake Rotoiti Nelson Lakes Feb 29th & March 1st with the final round and the AE Baker Australasian Championship to be held March 8-9th at Lake Dunstan . 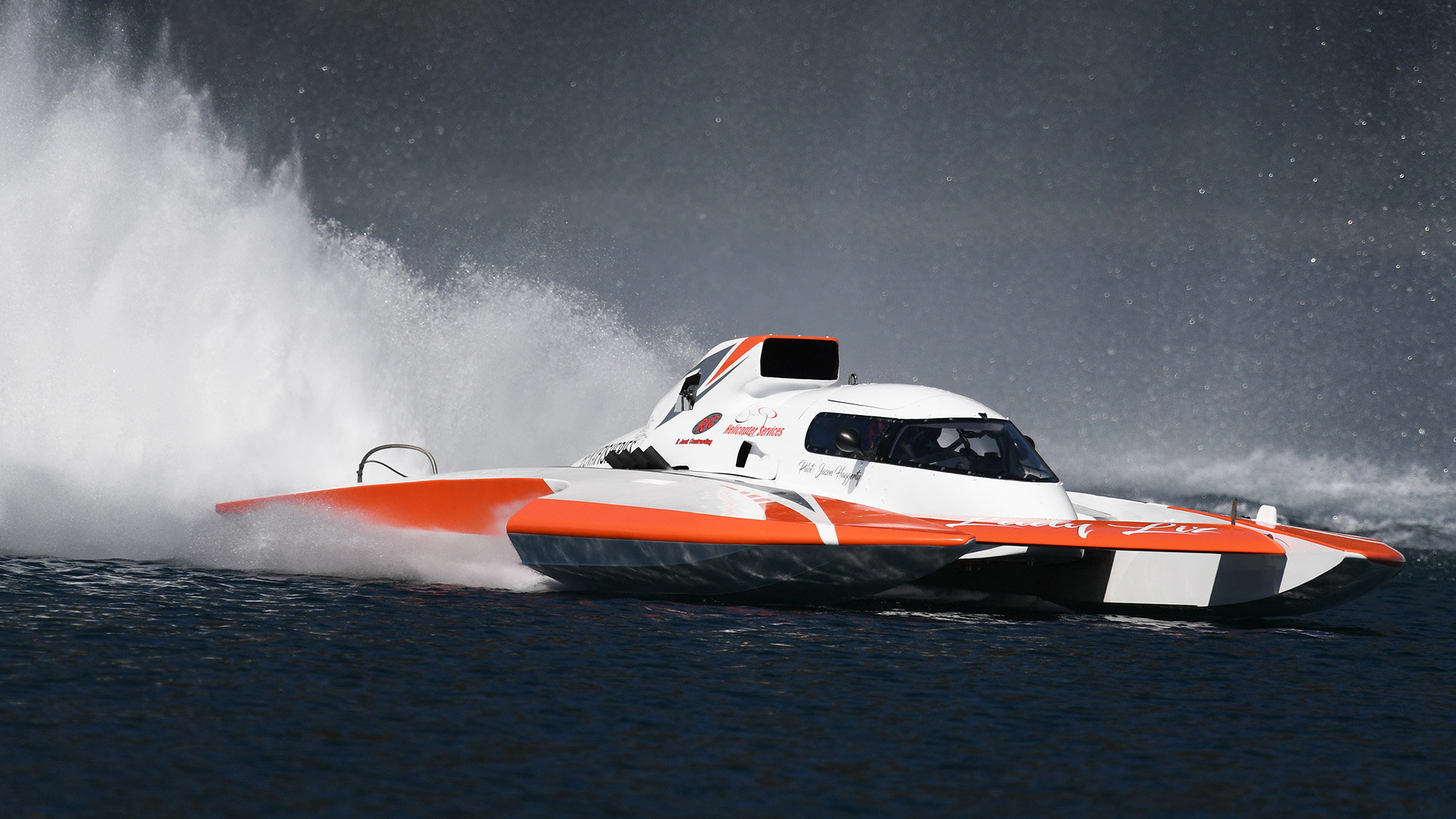